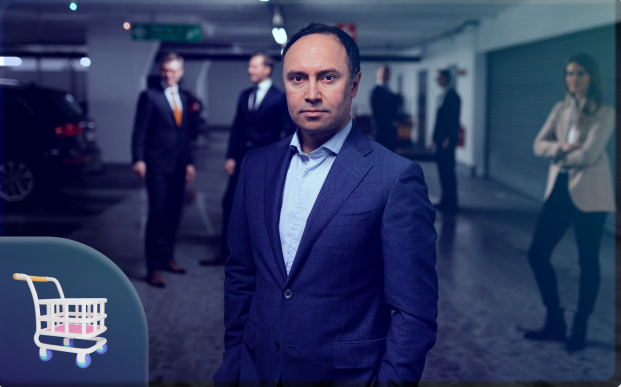 Pervez arrived in the UK from Pakistan at the age of 21 with scarcely a dime to his name and is now one of the wealthiest men in the country. He began his career as a bus conductor in Bradford, England's northernmost city, before opening his first convenience store in London in 1963. Pervez went on to build a multibillion-dollar wholesale products company.

“Sometimes in my dreams — the happy ones, not nightmares — I am back in Bradford, driving a bus and feeling content with life,” Sir Anwar Pervez said, in a conversation with Dawn at his group’s sprawling headquarters in the North West London borough of Brent.

Sir Anwar, the Pakistani-origin British billionaire who formed the Bestway Group, still maintains his first memories of life in the United Kingdom are his fondest, decades after his bus-driving days in the industrial city of Bradford.

He recalled the circumstances when he left home at the age of 21 and added, "I had nothing in Pakistan." “I finished high school, but my parents couldn't afford to take me to university. I used to make Rs96 a month as a telephone operator, and the most of my pay went on anti-malaria medicines. It was a major issue back then.”

Sir Anwar once reacted to a journalist's question about how his life would have turned out if he had stayed in Pakistan by replying, "I would have perished."

Sir Anwar said he began saving money after working as a bus operator and driver for roughly five years in order to bring his relatives to England. In the early 1960s, his family members began to arrive one by one, and their combined incomes allowed them to dream of starting a business. He founded a retail establishment in Earl's Court in 1963, specializing in masala and halal meat.

This was the start of the entrepreneur's wholesale adventure. He dug into the cash and carry stores, which are now worth billions of pounds under the group's wholesale banner. He added other shop locations, and by the early 1970s, he had opened ten general grocery stores. When the company opened its first cash and carry warehouse in Acton in 1976, it entered the wholesale market.

“One percent is good fortune. How else could a man from a village get to where he is now? It was a stroke of luck that I was able to come here... “It's nice to have met kind people.”

Chad Mureta was running a real estate company when the unexpected happened: he was hospitalized after a catastrophic vehicle accident that nearly took his arm. His firm couldn't function without him physically there so Mureta needed to find another source of revenue due to growing medical expenditures.

During his hospitalization, Mureta read a magazine article about mobile apps and decided to try his hand at developing them. The industry was still relatively new at the time, but he believed the potential for growth was worth the risk, he added.

"I decided to take a Hail Mary shot and enter into this industry while lying in my hospital bed," Mureta added. "I was in need of a new business and decided to go all in. I immediately began scribbling ideas for my own apps on scraps of paper. I quickly found a development firm and outsourced all of the work for my initial app."

To create his first app, Fingerprint Security - Pro, Mureta took out a $1,800 loan. It quickly rose to the top 50 most popular apps on the App Store, earning him $140,000. Mureta went on to found and sell three app firms — Empire Apps, Best Apps, and T3 Apps — and now manages the App Empire blog. To date, he has created 46 apps.

Mureta advised other entrepreneurs not to be put off by their lack of industry experience if they find a business potential. Anyone may start carving out an entrepreneurial route for themselves if they have a passion for information and the willingness to identify and connect with the right people, he said.

Mureta admitted, "I'm still not a tech guy." "I'm not sure how to program an app, but I can tell you how to make it successful. I studied the market and the people who buy it, and I recognized potential for people like me. To improve my business and revenue, I continued to explore and increase my knowledge."

‍
His father died of TB when Li Ka-Shing was only 14 years old. Li was obliged to drop out of school and work in a plastics industry in order to support his family. Le had to sell his late father's clothes for cash to pay for food because the family was so destitute. While the majority of his peers went to school or played video games, Li worked 16 hours a day, producing plastic watch bands. Doesn't that sound awful? If that makes you feel any better, Li Ka-Shing is now Asia's richest man, with a personal net worth of $30 billion. He has been a billionaire for almost a quarter of a century, thanks to some incredibly wise investments! Li Ka-ascension Shing's obscene levels of money and power is a truly inspiring rags to riches tale.

At the age of 22, Li left his employment to start his own plastic toy company in 1950. Because he learned how popular plastic flowers were in Italy, the company quickly adjusted its plans and began making them instead. It was Li's first foray into the world of business. Cheung Kong was the name he gave to his company. Fast forward to the present and Cheung Kong is one of the largest real estate investment companies in the world.

Around the same time, Li began purchasing apartment complexes and companies all throughout Hong Kong with any spare cash he could find. Li was able to buy real estate at great discounts during this period of intense social instability typified by Maoist-led riots and bombings. By the time the market recovered from the social instability, Li started to make a killing

In 2005, Li also invested in Skype, which was losing money at the time. eBay bought it for $2.5 billion a year later. Li also funded Siri, which was purchased by Apple in 2010 as we all know. Li has also made significant investments in Spotify, Waze, and HzO. Oh, and after investing in Spotify, he allegedly informed the business that Spotify had to be in his automobile.

“We are approaching a new age of synthesis. Knowledge cannot be merely a degree or a skill... it demands a broader vision, capabilities in critical thinking and logical deduction without which we cannot have constructive progress.”

It was 2009, and Spotify didn't have a mobile app yet. Li's technological investments demonstrate a unique ability to see not just where the IT industry is now, but also where it is headed. He is a firm believer in game-changing technology. Facebook, Waze, Siri, and other such services are examples. People began to refer to Li-Ka Shing as "Superman" because of his astute investments.

There are so many different people who have overcome incredible obstacles and changed the world for the better. They never stopped learning. 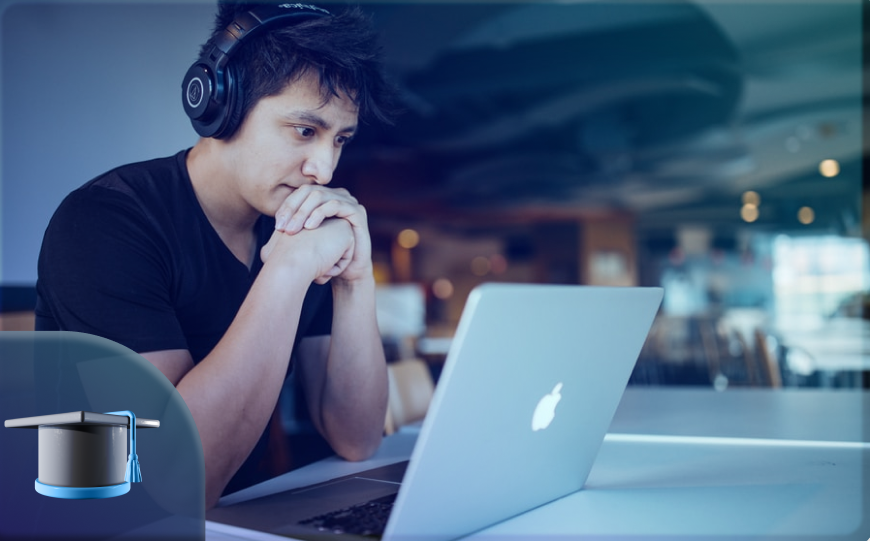 What is an Online Learning Platform?

The industry of e-learning has gained increasing popularity and for the right reasons; they are well able to create an engaging learning experience that seems like a classroom experience. What exactly is an online platform, how to choose the right one for you, and most importantly, why you should embrace this ever-growing practice? Click here for more! 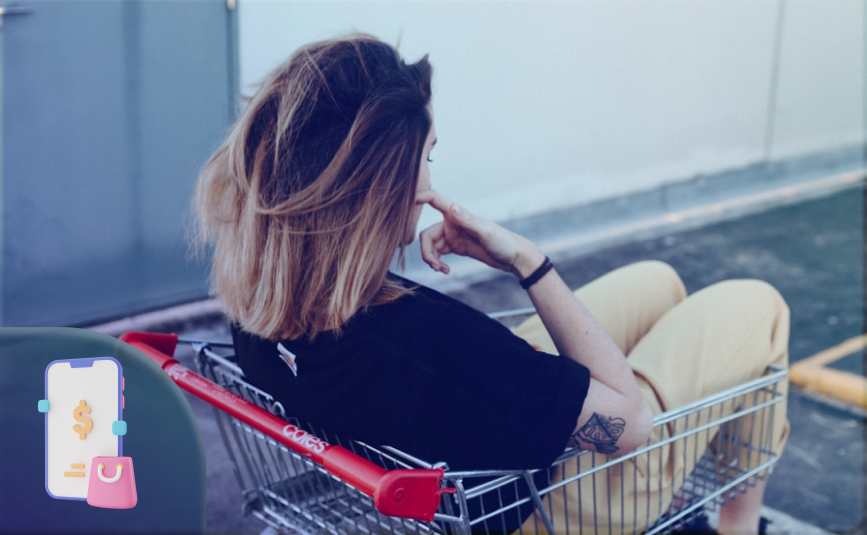 What Are The Costs of Owning an Online Store?

Today, eCommerce total sales are worth an approximated $2.8 trillion and by 2021, sales are expected to total $4.5 trillion. Are you think about starting an online store but not sure about the costs of owning one? We have you covered. Click here to know all you need! 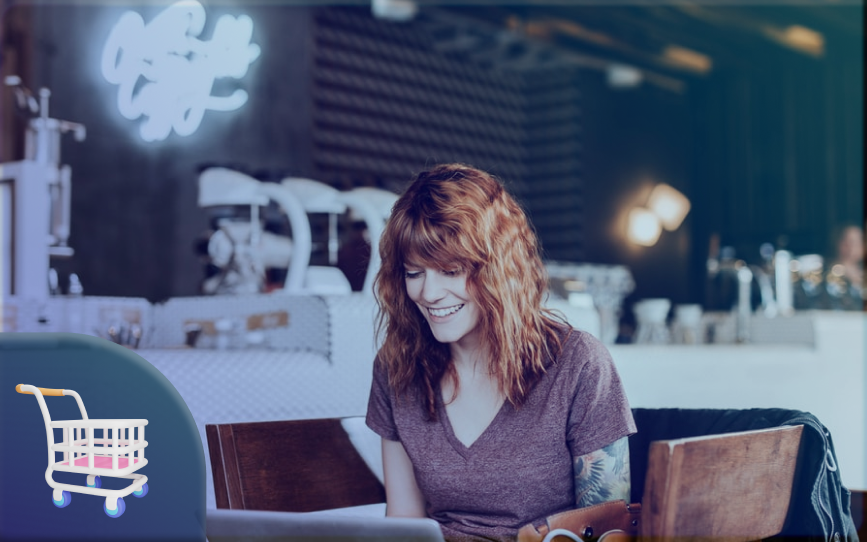 Top 8 Skills You Need to Succeed on eCommerce

If you're thinking about joining the eCommerce craze, this is a great time to do so. eCommerce expanded by 44% in 2020, and it’s unlikely to fall down anytime soon. SEO. Graphic design, and what else? Here are 8 skills you need to succeed in eCommerce!